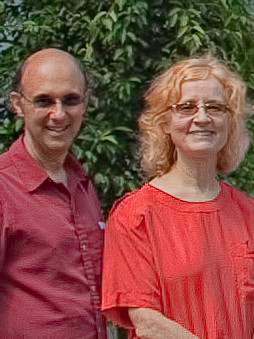 David has exhibited at the Topsfield Fair in MA, where, in 2007 and 2009, two photographs taken in Italy won First Prize and Best in Show respectively in the Professional Photo category. David and Pam's work has also been exhibited in Lexington’s Cary Library in 2006, 2008, 2010, 2012, and 2015 as well as 51 Walden in Concord, the Unitarian churches in Lexington and Concord, and the RE/MAX Landmark office in Lexington.

David was originally educated as a microbiologist but has worked as a computer programmer for many years, currently at Constant Contact in Waltham, MA. He has been a photographer for most of his life and has studied art at DeCordova Museum School. Pamela Marshall is a composer, improvisation teacher, horn player, and occasional photographer. David and Pam live in Lexington, MA.
© Honeycreeper Images
Powered by ZENFOLIO User Agreement
Cancel
Continue